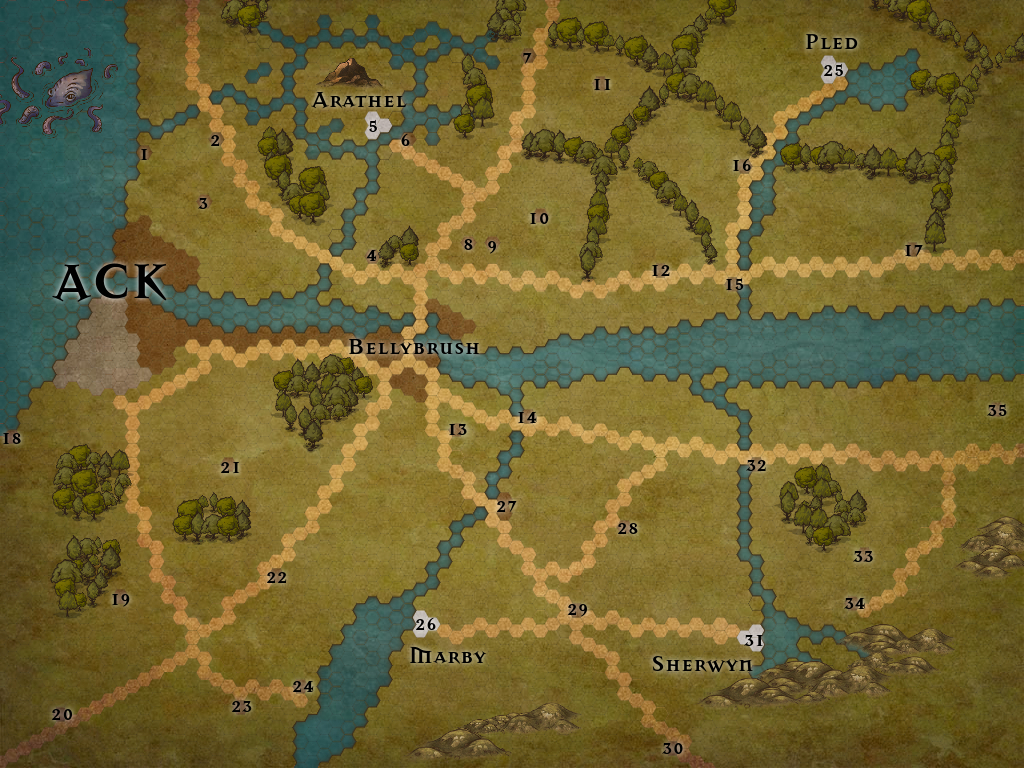 The center of the civilized world, the Green Delta is the network of settlements around where the Green River flows into the Optic Ocean. Ack was founded several centuries ago as a shipping port by a now-defunct kingdom. Ack passed between several hands until the Red Ward seceded and eventually gained control over the city. The city is divided into several districts, or wards. Kinda self-explanatory. De facto capital of the world. Presently, severely burnt.

The Canary Docks are a small smugglers port south of Ack.

Kibbil is a small village in the southwestern part of Arathel County.

is close to the Green River and Bellybrush.

is home to several pubs and small farms.